Hickory is a popular wood in flooring, cabinetry, home decor, and furniture. It is a medium-sized tree with lots of great qualities that are important in woodworking.

When I was working with Hickory I was surprised because of its qualities and wondered, Is Hickory a hardwood?

Yes, Hickory is a hardwood. It has an exceptional hardness, strength, and shock resistance. Hickory has a hardness rating of 1,820 lbf (8,096 N) which is significantly higher than most woods. Hickory is the hardest wood of all domestic woods. The high hardness makes it tough and durable for many woodworking projects.

But there’s more to know about the hardness of Hickory.

Furthermore, I’ll answer some frequently asked questions about the hardness of Hickory compared to other popular wood types.

This hickory #hardwood flooring is extremely durable. If you have a houseful of kids and pets, then hickory in an excellent choice! pic.twitter.com/sOIzmCFkek

How Hard Is Hickory?

Hickory is considered the hardest domestic hardwood. it is the second hardest wood in North America. Hickory is 41% harder than Red Oak and it is a combination of hardness, strength, and durability.

Because of having high hardness, Hickory is extremely durable and tough. It is hard as nails with a good appearance.

High shock resistance and scratch resistance are added advantages of Hickory because of its extremely high hardness and density. Therefore, it is a popular option in flooring.

Hickory has elements, vessels, and pores that exist in hardwoods only. When we look at its fiber structure, has diffused pores structure with distinct growth rings.

It has semi ring-porous structure which visualizes the gradual transition of pore from large to a small diameter within the growth ring.

So, let’s have a look at the hardness of Hickory according to the Janka hardness scale.

Janka hardness test is a standard method of measuring the resistance of wood against wear and dent.

If a particular wood has high wear resistance and dent resistance, it has a high value in Janka hardness ratings.

So, let’s have a look at the Janka hardness rating of popular wood types compared to the Hickory to get an idea about how hard Hickory is.

As you can see Hickory is extremely hard. It is harder than most of the hardwoods that we use mostly.

Let’s discuss characteristics of Hickory that directly affect its hardness.

Hickory is a light to medium color wood with a reddish hue with straight grain and medium texture.

It creates a rustic appearance. When we look at the end grain, it is a ring-porous wood with large earlywood pores with narrow rays and close spacings.

Because of having extremely high hardness value, Hickory is difficult to work with. Cutting, nailing, and screwing are quite difficult in Hickory because of their high density and hardness.

Therefore, I do not recommend Hickory for a beginner in woodworking to practice with. Your woodworking tools need to be sharpened well and you need to have a clear understanding of the wood before working with Hickory.

Even though Hickory is so hard and dense, it has poor rot resistance and poor resistance against environmental elements.

There is no characteristic odor in hickory. Therefore, it can use for any woodworking project including constructions and children’s toys.

As a summary, here’re the top characteristic qualities of Hickory,

So, let’s have a look at the advantages and disadvantages of Hickory in terms of its hardness.

Pros and Cons of Hickory

As you can see Hickory is a versatile wood with lots of pros than cons.

Most of the disadvantages can be skipped if you’re good at woodworking and if you have well-sharpened woodworking tools.

What is Hickory Used For?

Hickory can be used pretty much for any woodworking project except for cutting boards because of its great hardness. Here’re some of its applications,

When you’re using Hickory for different woodworking applications, make sure to maintain the sharpness of the hand tool frequently, and the cutting speed needs to adjust according to the wood’s nature to avoid burning.

Better to slow down cutting speed and predrill for screws to avoid unnecessary wood splitting.

How Strong is Hickory?

Hickory is one of the strongest hardwoods on the planet. It has significantly high compressive strength and bending strength compared to most other wood types.

Hickory can withstand any force because of its great strength. Overall, Hickory is extremely hard, dense, and strong.

The compressive strength and bending strength of Hickory are as follows,

As you can see, the bending strength of Hickory is significantly high, and therefore it is a highly flexible wood.

Being so hard, dense, and strong with high flexibility make the Hickory so special.

Because of having narrow spacings between growth rings, the strength characteristics of Hickory influence.

#hickory is durable and the grain hides the scratches 👍 pic.twitter.com/I7reLBOK5T

So, let’s answer some frequently asked questions is Hickory a hardwood compared to other wood types.

Is Hickory Harder Than Oak?

Hickory is harder than Oak. Hickory is considered one of the hardest woods and it is significantly harder than both Red and White Oak.

Theoretically, it is 41% harder than Red Oak. Both Oak and Hickory belong to the North American hardwood species.

According to the Janka hardness ratings, the hardness of Hickory and Oak is as follows,

Is Hickory Harder Than Maple?

Therefore, in terms of hardness, and strength Maple can be easily replaced with Hickory due to its exceptional qualities.

According to the Janka hardness ratings, the hardness of Hickory and Maple is as follows,

Is Hickory Harder Than Walnut?

Therefore, I recommend Hickory over Walnut any day.

According to the Janka hardness ratings, the hardness of Hickory and Walnut is as follows,

Hickory is a strong and durable option for hardwood flooring. 3/4″ solid hardwood flooring is more durable than engineered prefinished and will last a lifetime. #arkansaswoodfloors #littlerockarkansas #hickory #realwood pic.twitter.com/NTz5wDVWKH

Did I cover all you wanted to know about: Is Hickory a Hardwood?

In this article, we have deeply discussed is Hickory a hardwood and how hard Hickory is by taking its characteristic qualities, pros, and cons.

We have discussed the uses and strengths of Hickory to get an idea about its exceptional hardness.

Hickory is a hardwood with significantly high hardness, density, and strength. This is why it is an excellent option for large woodworking constructions. But always make sure to keep your woodworking tools sharp and make the right move without splitting the wood.

Furthermore, I have answered some frequently asked questions regarding is Hickory a hardwood compared to other wood types as well with standard values.

Hope you have gained a piece of good knowledge about the hardness of Hickory and how useful it is for many woodworking projects.

So, let’s begin your next woodworking project with Hickory to sharpen your knowledge. Keep learning and have fun! 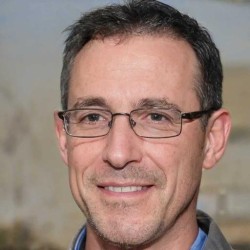